Using the git log leading up to the 1.7 release (June 2011) I put together a graphic that shows the growth of committers working on the project. 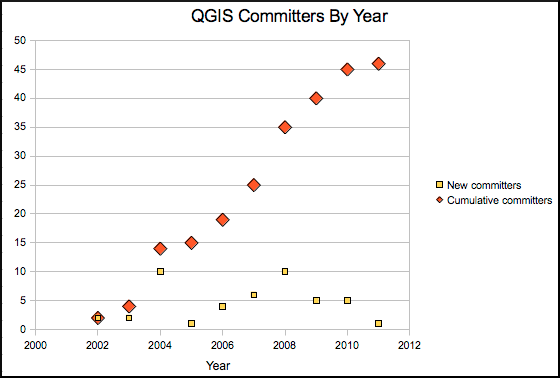 The graphic includes all committers including documentation writers, translators, and developers. In addition, it doesn’t cover the whole spectrum of people who have contributed code and patches that were applied by project developers. There are a lot more people involved in the care and feeding of QGIS than the 46 represented on the graph.

What does it mean? QGIS continues to see growth and interest from the development and user communities. It will be interesting to see if we get a new bump following the just concluded FOSS4G conference in Denver.