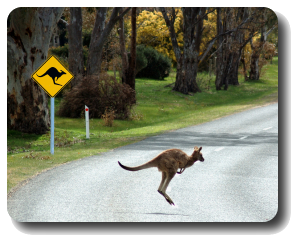 This is an experience report–your mileage may vary_

I decided to give JUMP another try today. So I downloaded the latest release (1.2) and unzipped it into a directory. Looking at the JUMP Installation Guide reveals the document is written totally for Windows users. No problem, but I’m using a Mac.

Looking in the bin directory there is a shell script named JUMPWorkbench-mac.sh. OK, make that executable and give it a go:

I’ve seen that before–the shell script has DOS line endings and that makes for an unhappy script on OS X. That can be easily fixed in a number of ways; I chose to load it up in VIM and set the file type to unix:

Now the script will execute and JUMP starts up. Of course the first thing I try to do is load a shapefile. No go–clicking on the OK button after selecting the shapefile results in nothing happening. The dialog doesn’t close or change, and nothing is added. No exceptions and nothing in the log either. Checking the mailing list reveals that at least one other person had this problem, however there is no solution in any of the posts.

OK, so let’s try a WMS layer. I enter in the old faithful NASA JPL WMS server (http://wms.jpl.nasa.gov/wms.cgi) and click the Next button. This time an error pops up telling me “No description was provided (Null Pointer Exception)”. Clicking the Details button gives me a stack trace but nothing to indicate the root cause of the problem.

I tried a PostGIS layer, but of course I didn’t have the PostgreSQL JDBC drivers on my system so that didn’t work.

I was able to load an image and create a new layer.

I guess maybe JUMP isn’t ready for the Mac–or maybe my system is just cantankerous. Maybe I’ll try Windows or Linux next…