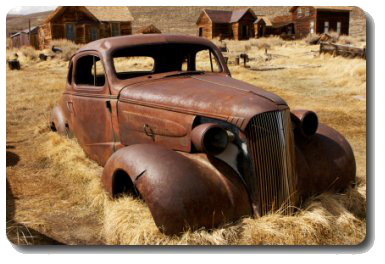 Is desktop GIS software a rusty old car with no wheels? Bouncing around the blogosphere sometimes leaves you with that impression. All the excitement these days seems to center around mashups, hacks, and mapping in your web browser. It’s definitely cool stuff. A number of folks think this is the future of GIS, even when it comes to doing analysis.

Part of this trend stems from a desire to deliver mapping to the masses. If you’re a consultant or service provider, it’s a good thing. Being able to provide your “customers” with a toolset over the web makes sense.

I don’t think anybody in the know seriously thinks that GIS on the desktop is on the verge of extinction or irrelevance. For each and every slick GIS application on the web, there is a backend somewhere. And that backend uses data that came from somewhere. I would guess that in most cases, it was touched by something on the desktop.

Data creation and analysis is in large part the domain of the desktop. Sure there are automated acquisition methods untouched by human hands. But for a lot of projects, you simply have to create the data yourself, whether from scratch or by manipulating an existing data set.

Your view of desktop GIS depends on your mapping culture. Those of you coming from the “neo” side of things may see little use for it. If you are a data creator or analyst, you need something more. Will the web someday provide those tools? Perhaps. One example is the PyWPS project which is already providing a web interface to several “pure” GIS analysis tools. Of course these run against the data on the backend, not your data. Efforts in this arena will ultimately provide a tool set that can be used to create a web interface to your data as part of a custom solution.

In the Open Source realm, we have an impressive set of tools such as GRASS, OSSIM, Quantum GIS, uDig, GDAL/OGR, PostGIS. Working together these applications can satisfy the majority, if not all, of your GIS requirements.

Does desktop GIS still have wheels? I think so…